The main intended effects of tanning beds, as devices that emit ultraviolet radiation, is to create an increase in the melanin content of your skin, thereby creating a tan.

The side effects however, include a variety of skin cancers, including the deadly melanoma.  Unfortunately, they also include an addiction to tanning where common sense or logic no longer prevails! 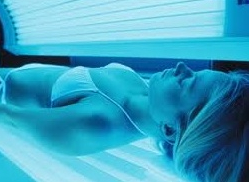 Tanning bed side effects include skin cancers
Search more than 200 pages on this site...

The beginning of tanning bed effects

Since then, indoor tanning beds have increased in volume to the extent of becoming one of the best selling cosmetic devices in the world.

The estimated value of the salon tanning market in the US alone is said to be $5 billion annually and it's not showing any sign of decreasing, even though there has been extensive negative information provided about the skin cancer side effects. 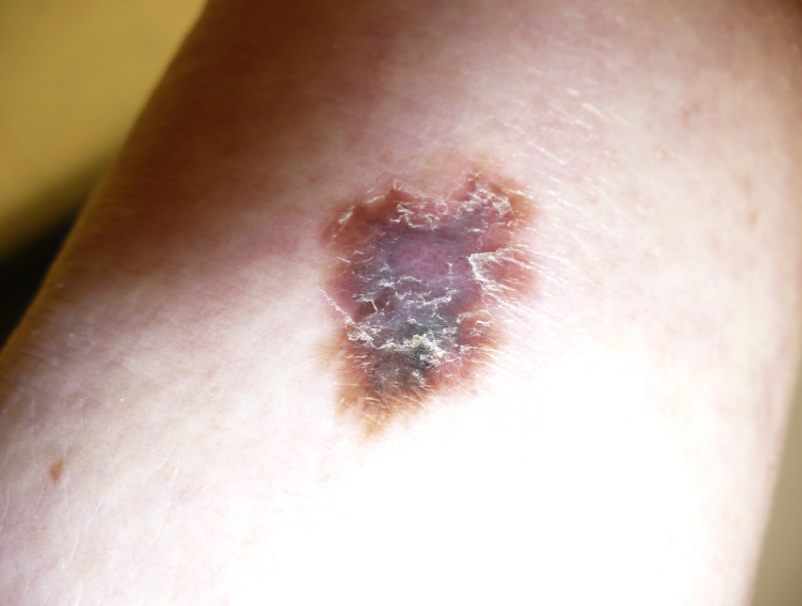 Thus one of the effects of tanning beds results from a much higher concentration of UVA than ordinarily received by the sun.

UVB rays have long been linked to sunburns and skin cancer, while UVA was associated more with aging of the skin as they penetrate deep into the skin, destroying skin fibers and damaging elasticity.

However, scientists pretty much agree that although UVA rays are less likely to cause sunburns, they are still directly linked to:

Because there are few laws governing the use of indoor tanning beds, people are free to use them as long and as often as they like.

Keep in mind that the majority of tanning salons do have restrictions about usage but these are rules set up by the salon, not the government.

Debates on the effects of tanning beds

The popularity of tanning beds combined with these alarming facts about tanning bed dangers has created an ongoing debate over the last few years between industry and several medical organizations on the effects of tanning beds.

Both medical associations and government organizations have associated tanning beds with squamous cell carcinoma and melanoma, both skin cancers, as well as ocular melanoma, which is an eye cancer.

According to the FDA (US Food and Drug Administration), the International Agency for Research on Cancer publicly states that it considers tanning beds to be carcinogenic to humans.

The World Health Organization (WHO) has stated that one of the effects of tanning beds is the loss of elasticity in the skin, which leads to wrinkling and premature aging of the skin. If not controlled sufficiently, the UV rays causing the skin to tan can also cause eye problems such as cataracts and photo-conjunctivitis.

There are huge choices available for tanning bed supplies today, both for commercial and for domestic use. Sometimes the tanning beds have settings that can be adjusted for the amount of time desired as well as the amount of UV rays produced.

In essence, this allows for a much more controlled experience than just sitting outside in the sun. But if abused and overdone, rather than controlled, the results can be devastating tanning bed burns!

Despite warnings from medical or government authorities, consumers continue to flock in the millions every year to tanning salons or use their own tanning beds in their homes.

In today's fast paced, on-the-go society, there is a rising demand for healthier lifestyle options and a need for daily stress management and relief. Tanning is seen to provide just this relief. Tanning bed products aim to increase this experience with such things as 'tingle' sensations in the lotions provided. Some tanning bed lotions have added aromatherapy benefits, whilst most will have an appealing perfume.

The American Academy of Dermatology published a study in July 2004 showing tanning booths to be addictive. This would explain to some degree why people keep going back for more long after they have acquired the tan they came for, despite knowing how dangerous it is for their skin.

Surveys have shown that teenage girls account for the biggest percentage of users of these beds, predominantly in Western countries.

There is also a trend for people to use tanning beds when living near seaside resorts or outdoor amenities, even though they have the natural sunlight at their disposal for tanning.

Safe management of the effects of tanning beds

So, when tanning bed safety is administered and controlled properly, the effects of tanning beds can even be advantageous to ones' health.

They have been used medically for decades to assist in curing:

In this respect there are many great tanning bed tips to be found, either at the tanning salon you visit or via health based web information.

UVB rays are seen in an increasingly good 'light' as it is a key source for Vitamin D creation, which is being heralded for an increasing number of health benefits.

UVA on the other hand, actually destroys Vitamin D in the skin.

Another recommendation is to avoid high pressure tanning booths to contain your exposure to the harmful effects of tanning beds.

Effects of tanning beds on your eyes

Protect your eyes from the effects of tanning beds

Another interesting set of studies has focused on the damage caused to the eye.

One such study indicated that UV radiation levels to the eye could be over 100 times greater in the tanning booth than with outside natural sunlight.

Corneal burns, cataracts, and occasionally retinal damage have been known to occur and these are extremely painful!

For this reason it is important to wear eye protection if using a tanning booth.

It is also recommended that you make sure the eye cover is new or clean to prevent potential infection. Otherwise, perhaps it is better to take your own eye protection cover.

Wearing sunglasses or keeping your eyes closed is not sufficient at all.