The Chemistry of Sunscreen

The chemistry of sunscreen is highly relevant to deep level skin damage caused by UV radiation.

UV rays and your skins' layers

Human skin has an incredible capability to rapidly repair and heal most types of surface damage, such as grazes and mild burns.

However, an injury occurring to your skins' cells at a deeper level, including the damage done through too much exposure to the sun's UV rays, can have a permanent detrimental effect on your skin tissue.

Unless sunlight is deflected by the upper layers of the epidermis, the ultraviolet radiation can strike at the nucleus of your stratum basale cells, altering the DNA within them.

Chemistry of sunscreen and the sun's UV rays 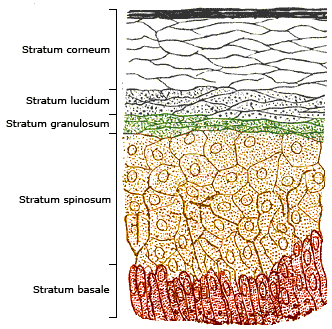 Instead of renewing themselves perfectly, they will tend to divide defectively. As the effect is cumulative, a small amount of sun exposure is thought to be okay, but repeated and intensive sunbathing or suntanning over the years is not.

The Ultra Violet rays carry high energy and are suspected of causing skin cancer through damage to the skin's DNA. The high energy in sunlight comes in two forms:

The UVB waves tend to receive more criticism than the less energetic UVA waves, but in actual fact, both UVB and UVA cause damage to the skin.

Unfortunately, the formulas or chemistry within sunscreens, in most cases do not enable the effective blocking of UVA rays compared to the UVB rays. Balanced protection is key.

Formula success in the chemistry of sunscreens 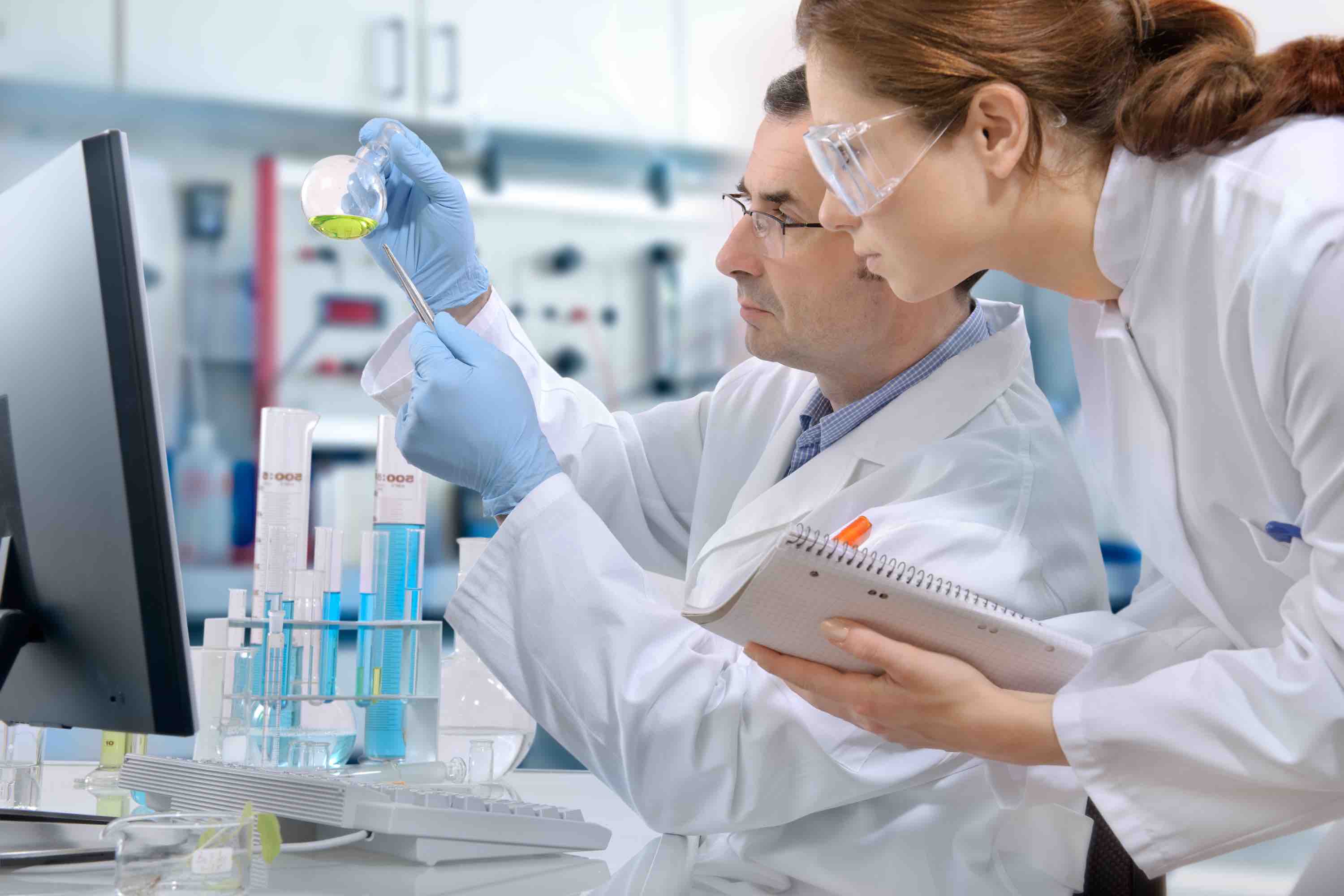 Successful formulas require the chemistry of sunscreens to focus on two key things:

Chemical sunscreens protect the skin by absorbing the light particles (photons). When this energy is absorbed, the molecules of the sunscreen are destroyed, rather than a skin component. This still results in chemical reactions and the process generates free radicals that produce the same type of secondary free radical damage that unprotected sun exposure produces.

Subsequently, chemical sunscreens are not the most complete or effective form of sun protection. They prevent a larger degree of the initial sun damage but allow secondary free radical damage, which not only adds to the speed of the skin aging process, but damages your DNA and potentially causes skin cancer.

Physical sunscreens, such as zinc oxide and titanium dioxide, work by reflecting the photons of light up and away from the skin so there is no absorption of energy. Hence also, there is no chemical reaction. The creation of free radicals is thus minimized.

This is predominantly why dermatologists will recommend that sunscreen formulas include either  titanium dioxide or zinc oxide physical screens, or a combination of both, for superior sun protection.

Physical sunscreens therefore provide much better anti-aging benefits than chemical sunscreens because physical screens eliminate much of the secondary free radical damage that can result from sun exposure.

Chemistry of sunscreens boosted with antioxidants 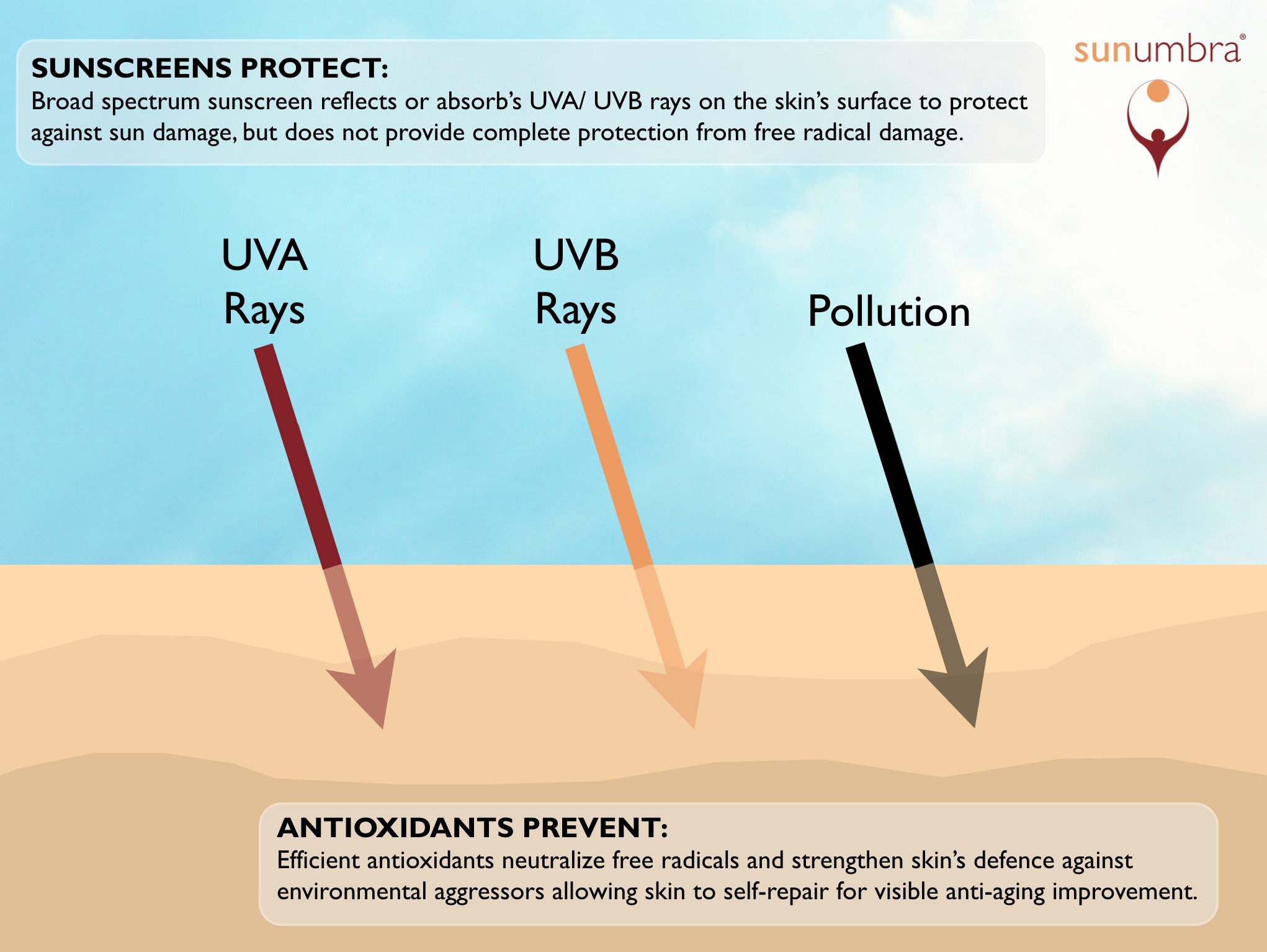 Kerry Hanson, a postdoctoral research scientist in the University of Illinois's Laboratory for Fluorescence Dynamic developed a technique to peer into the skin and study how it is affected by ultraviolet radiation. She observed

... and said that the addition of antioxidants in the skin can help prevent skin cancer and keep skin firm and young looking. But she added

"many important questions remain, such as in which layers of the skin, and in which parts of skin cells, the initial damage occurs."

To study the effects of ultraviolet radiation on free radical generation and the role this plays in skin damage, Hanson employed a two-photon laser fluorescence-imaging microscope. She imaged the skin at varying depths after ultraviolet exposure, looking for fluorescent tags that would reveal the presence of free radicals. She also looked for resulting damage in the skin cells.

Using this technique, Hanson found that the stratum corneum - the skin's main protective barrier against environmental assault - generated a tremendous number of free radicals when exposed to ultraviolet light and stated:

"These free radicals caused considerable damage to both the cytoplasm and the lipid matrix and the cytoplasm of the lower epidermis was also dramatically damaged."

She also stated that, while typical sunscreens

"offer no protection against free radical damage, the addition of antioxidants could significantly reduce the generation of free radicals".

Today, the production of sunscreens is strongly influenced by the addition of antioxidants into their formulas as they reduce additional potential free radical damage.

Physical sunscreens fortified with antioxidants are therefore highly sought after for their protection of the skin as well their healing properties. 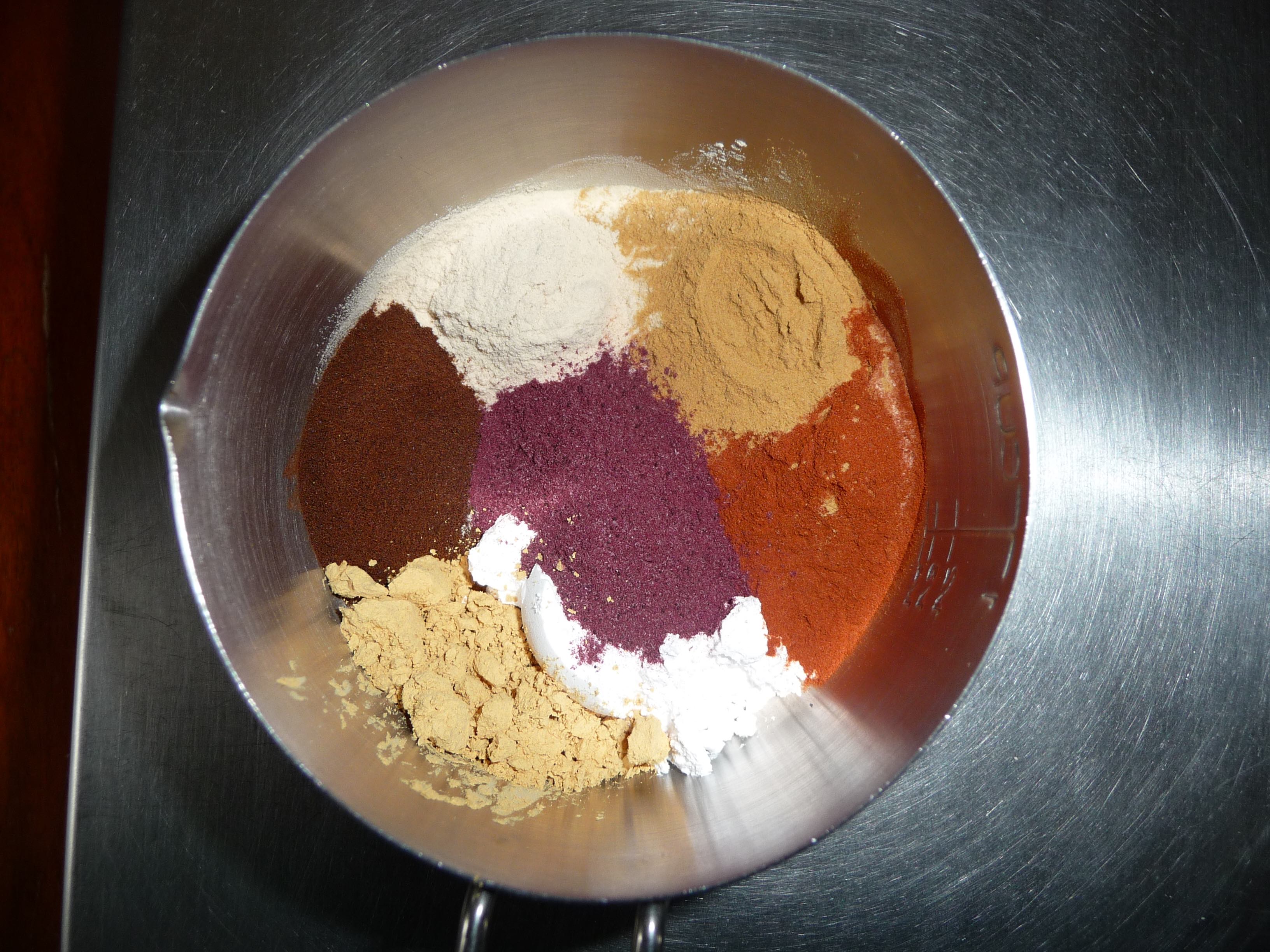 The following list, in addition to the above, is approved by the EU and other parts of world: